It’s a fickle thing, really. Over the past several years, thanks to Brene Brown, we have seen a peaked interest in the idea of being emotionally resilient. This general idea of focused perseverance, rooted in an emotional strength and discipline of sorts. It’s something that we as humans have inherently, and it’s something that continuously is mistaken with will-power, or strength of character.

It’s only natural, that the idea would move from personal development into the world of recovery. There is something about addiction that feels discipline based. Something that feels, as if it could be based on will.

My favorite imagery to use to describe resiliency is to compare it to a tree. We as humans, are more alike to our arborous neighbors than we think. As trees move, bend and snap in the face of bold weather and adversity, they always stay rooted. They always come back to center, they adapt to their new conditions and continue to grow. Be like a tree. 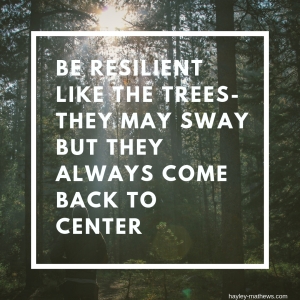 The idea of willpower alone, is something that is a common “hot-topic” when we discuss substance use. It is the deception of the brain that will have you convinced that you can “will” yourself out of addiction, or “just quit already.” As we come into a less stigmatized world-view of addiction, we know that will-power alone will never be enough on its own. It’s not possible, you don’t “will” yourself out of dis-ease.

So then, what is resilience? We know what it is not-

Here is my definition of resilience:

To be able to spring back from challenges, into the present moment with an increased awareness.

And for everyone curious about Webster:

The capacity to recover quickly from difficulties; toughness.

Inherent in both definitions, is the idea that there will be difficulties. That is unavoidable, and the same is true of recovery. It will always, be challenging. Obstacles are inevitable. It’s not our ability to have the control, it’s our ability to come back with vulnerability to the present moment.

It’s the ability to supersede the moment in order to achieve some sort of insight, otherwise unavailable to you. To learn from mistakes, challenges and difficulties to come back  as the best version of ourselves. And that ability is what makes people in recovery superheroes. 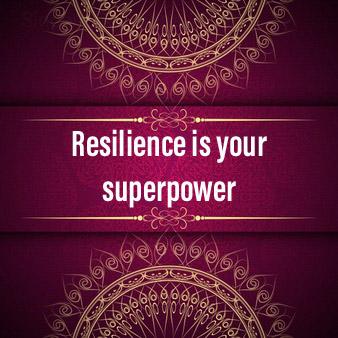 It takes a lot to come back to the moment after you’ve been using. Each relapse and mistake in recovery, can feel like a thousand steps backwards. That slippery slope only makes it easier for us to yield to our preferred escapism and coping mechanisms. A cycle, that I argue can be broken by cultivating more resiliency.

How do you cultivate resilience?

I would argue that resilience is cultivated. It’s grown, built upon over time layer by layer and through time and experiences. It’s a seasoned conditioning, that happens every time we come back to the moment.

Researchers argue that humans are more resilient than we think, and that there is a strong benefit to adversity. Becoming more resilient develops a better stress response, and helps us to feel better suited to cope with things that come up. The more resilient, it’s argued, are the least stressed among people.

5 things you can do daily to cultivate resilience:

Resilience begins with the ability to come back to the moment. These daily tools can help you recover from difficult times, and help keep you centered and prepared for future difficulties.

There’s this fear when you get sober, this overwhelming fear of losing your freedom. It’s easy to romanticize the lifestyle as being free, an experience of rebellion coated with substances abound. I get it.

There’s not a lot of other obligations to uphold when your priority is always to get high again. The vulnerability of asking for help, the locked treatment facilities, the burned bridges and lost trust- that part of getting clean can make the lifestyle of drug use feel more like freedom.

But I’m here to tell you that is not freedom.
Freedom is Not-
Relying on substances to connect with people in your life
Requiring a high to experience joy and pleasure
Waking up in a sweaty sickness needing to use
Spending your waking hours in progress to your next high

Freedom is: an experience of love and connection. It is making strong decisions, and being accountable for them. Freedom is staying in integrity with yourself, who you are and what you want.

Freedom is honoring your body, so it may take you where you decide to go.

While you are giving up the thing that binds you, you are releasing it’s mental, emotional, physical and spiritual hold on you. When you get clean, you are being freed. 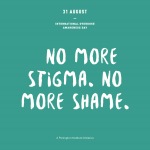 The Tragedy of an Overdose

Today, is international Overdose Awareness Day. I have struggled to find the words to begin. A lump in the back of my throats hangs stagnant, and I almost feel defeated. Almost. Instead, I feel anger. Angry that we have to devote an entire day, to the awareness of a disease.

A disease most Americans are hesitant to call by it’s name- despite the fact that it’s insidious ways have crept into every corner of this society.

What other diseases, require an awareness day just so that it can be classified as such?

The tragedy of an overdose- an overdose eventually treated in a hospital, preventable with treatment and care and oftentimes manifested from the medical industry itself-

The tragedy of an overdose is that it is preventable.

It is preventable. On a social scale, we can be working towards:

If you are still suffering from substance use, below are five ways you can work to prevent overdose

Five Ways to Prevent an Overdose:

If you are looking for more help in recovery, look here for Hayley’s recovery services]l

When you’re in recovery, your friends die.

Your friends die, a lot.

That may seem brash, or cold, or dehumanizing; But I promise it isn’t. It’s a truth that I came to live with, the reality. Each death, while still heartbreakingly tragic- became less and less shocking. I was growing increasingly complacent. Until, that is, I decided to do something about it.

I went through a period in early recovery, where the heaviness of substance use followed me. The severity of the opioid epidemic in particular, was a prevalent and unavoidable weight; It was unshakable.

Once the levy was broken, a flood of deaths and bad news bombarded my life. I couldn’t open social media without a new homage to a dead friend. Phone calls with old friends, turned into disclosures of lives lost. Suddenly, a normal response to, “You okay?” became, “Yeah. Just another friend OD’d today.”

Cody’s death was not the first to pass through my scope. It’s unfortunately not been the last, but was significant to me nonetheless. Cody’s death has inspired a miracle, a miracle that is still impactful and life changing today. Not only for me personally, but for the families benefiting from the charity created in his name. Cody’s death was different.

Cody, Jackie and I brushed shoulders in a few different recovery circles. The two entered and left my life, always at the right time and always with great compassion. Cody was not what you imagined, when you thought of someone in recovery. He appeared normal by every definition of the word, and even happy. I can’t recall an experience with Cody where that striking smirk didn’t creep across his face. But that’s the deception of substance use- it doesn’t discriminate. 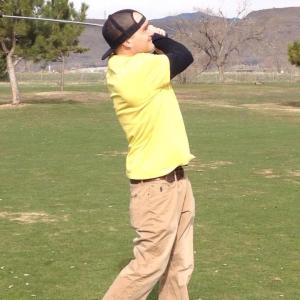 Despite us never being significantly close, Cody and Jackie were welcomed faces in my recovery. Cody always offering meaningful support in moments of weakness, an overwhelming space of non-judgment. Jackie has seen my at my most vulnerable, and my best. Always determined to be the best version of herself, inspiring others to hold themselves to higher standards. Even in their darkness, they shone through the recovery community as leaders.

I was thousands of miles away in Nevada when I heard the news of Cody. I was in that stage of early recovery, and the news of his death came after news of at least three other friend’s deaths. My mother mailed me the obituary a few days later. With that scrap of paper in my hand, Cody’s sly smirk looking back at me and a tangle of incomprehensible words- I cried. I cried for the first time in weeks.

The weight of grief dislodged itself from my gut, and I wept. 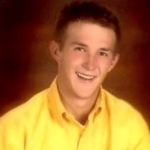 Cody’s death brought an awareness. It was suddenly unavoidable, this was an epidemic. Something had to be done, and complacency wasn’t helping. It reminded me too that, I am not the only one who has these stories. It is with good confidence that I can say that most Americans have been touched in some way by the destruction of substance use, and even the Opioid Epidemic in particular. I can compassionately confront the grave reality of the situation, while still contributing to movement to make change.

I am not the only one who was inspired to make light and positivity out of the current state of the world. Cody’s mom Mary and Jackie, have set up Cody’s Fresh Start, which raises money to help get people in active use the treatment that they need. Their commitment to helping others is an inspiring one. As people in recovery, with every moment that we have survived this battle, we must help the ones that are still struggling.

The miracle of Cody’s death, is that it moved people. It personally moved me from a place of victimhood, to an empowered desire to help others turn their lives around. It moved Cody’s most loved to battle an epidemic. It has moved a community of people, to begin to speak up and talk about it.

But if we have the courage, we can make the choice to do something about it.

Information about Cody’s Fresh Start or to make a donation located- Here.

One of the most increasingly popular treatments for substance use, is mindfulness. The term for most, conjures up images of sitting silently in a dark room. While it can at times be silent meditation, it is likely to look a little different for someone in recovery. Despite it now become more popular, it is not a new idea. Rather, an idea we see seeded throughout twelve step, DBT and traditional substance use treatment programs; Only accompanied by a new name.

The Nature of Addiction

One could argue, and I certainly will, that addiction is a conscious decision to check out. We learn, over time, how comfortable it is to avoid our emotions. That avoidance, through using, becomes a deeply ingrained coping mechanism. A coping mechanism that easily mutates into a substance use disorder. 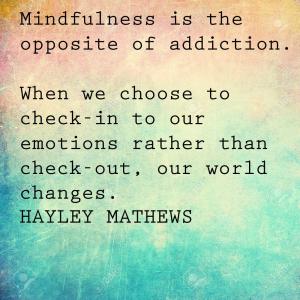 If we chose to check in, or practice mindfulness, we would see that those emotions are not as foreboding as we make it out to be. Mindfulness can literally help you change the way you interact with your world.

“What do I do, to practice core mindfulness skills?”-

“How do I practice core mindfulness skills?”

Two New Mindfulness Techniques: So often, we find ourselves operating on autopilot. Consuming, moving and acting without much thought.  The following exercises, are a few easy places to start integrating mindfulness into your life.

Both of these exercise begin to beg the question, What would happen if we started to be just a little more present for our lives?

Regardless of substance use or not, being focused on the present moment can change your world. If you are not being intentional, and operating from autopilot, you are missing life. Chances are, without mindfulness, we have gotten ourselves into all sorts of funky behaviors and habits. Make a commitment to live just a little more intentionally, and I promise you won’t find yourself in them quite so often.